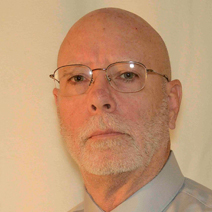 Brian Edwards has been researching the JFK assassination for over 40 years and has accumulated and read over 300 books on the case. He has interviewed over 50 of the Dealey Plaza witnesses; Dallas police officers and detectives who were directly involved in the investigation of President Kennedy assassination and the murder of Officer Tippit. In addition, he has interviewed 10 of the doctors and medical personnel who were inside Trauma Room 1 at Parkland Hospital. He has also interviewed many of the navy corpsmen who were on duty at Bethesda Naval Medical Center on November 22, 1963.

In 1993, Mr. Edwards was granted a two-day interview with Marina Oswald-Porter at her home in Rockwall, Texas.

Brian has given hundreds of presentations on the assassination throughout the United States and since 2001 has been a regular presenter at the JFK Lancer Conference in Dallas. On November 17, 2017, Mr. Edwards was called to testimony as an expert witness in the State of Texas v. Lee Harvey Oswald mock trial at the South Texas College of Law in Houston, Texas.

Mr. Edwards holds a Master’s Degree in Criminal Justice from Washburn University in Topeka, Kansas and from 1994 to 2001, served as an adjunct instructor with the criminal justice department.

Mr. Edwards was a frequent contributor to many JFK assassination-related publications, including Dealey Plaza Echo, The Fourth Decade and the JFK Chronicles and served as an editor for Sherry Fiester’s book, Enemy of the Truth (2012)

He is the co-author of Beyond the Fence Line: The Eyewitness Account of Ed Hoffman and the Murder of President Kennedy (2008) and is currently working on new book entitled, Lancer is Down: A Tactical Analysis of the Dealey Plaza Shooting and hopes to have it completed before this November.