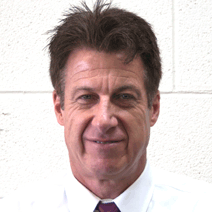 David Denton has served as a social science instructor at Olney Central College in Illinois since 1990. He has given numerous presentations across Illinois and Indiana at both public libraries and forums. He participated in the Illinois Humanities Council speakers’ bureau from 1995 to 2002, giving presentations on the Vietnam War, Lee Harvey Oswald and the assassination of President John F. Kennedy.

Mr. Denton directed an oral history project exploring the Vietnam War, 25 years later. The work, funded through the Illinois Humanities Council, features interviews with 125 veterans from Illinois and across the nation. The resulting 600-page document was distributed to local libraries.

Mr. Denton became interested in the JFK assassination in the late 1980s and for the last decade has attended historical symposiums on the subject in Dallas, Texas. He has interviewed several people associated with the case and has researched hundreds of documents related to both Kennedy and Oswald. In 2001, he began teaching a course on political assassinations of the 1960s, which explores the deaths of President Kennedy, Robert Kennedy and Martin Luther King Jr.

Mr. Denton holds both a bachelor’s and a master’s degree from Eastern Illinois University. He was the 1999 recipient of the OCC Alumnus Award.