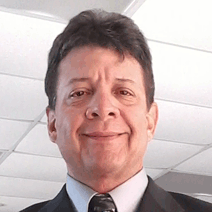 Larry Rivera is Chairman of the Oswald Innocence Campaign. He was born in Alaska, the son of a career military man who served as a CID officer in the Army. He was in Germany on 11/22/63, age 6, and will never forget his father’s reaction upon hearing of JFK’s assassination. He has made a lifelong study of the JFK assassination, making his first trip to Dealey Plaza in 1991. He attended the ASK Symposium in 1993 for the 30th anniversary.

Larry has a degree in Computer Networking and is an expert at computer imaging technology and facial recognition, using state of the art digital overlays. Currently, he helps host the Internet radio show “The New JFK Show” with Gary King and Jim Fetzer, conducting interviews and discussing new information on the JFK assassination.  He has translating Judyth Vary Baker’s book,  Me and Lee into Spanish, Lee y yo, and also has finished his own book, due for publication soon, covering multiple aspects of the assassination.