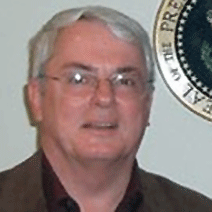 Ralph Thomas is founder and director of the National Association Of Investigative Specialists. NAIS is an association of private investigators. He is author of 30 manuals on various aspects of conducting investigations.

Thomas is retired and lives in the Austin Texas area.