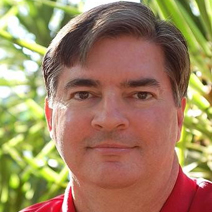 Richard Bartholomew, co-founder and director of the Center for Deep Political Research, explains why 54 years of revelations about the deep political forces who killed President Kennedy have failed to make a difference. He argues for a new methodology aimed at using the existing knowledge of those crimes against democracy to effectively stop the Deep State’s ability to continue its propaganda of official lies. Richard’s education, training, and professional experience have been primarily in the visual arts – he is an editorial cartoonist.

His talent, education, training and professional experience have been primarily in the visual arts. His historiography and criminal investigations of the JFK assassination were initially motivated by a civic duty to report a suspicious automobile fitting the description of a getaway car seen by several witnesses leaving Dealey Plaza in his hometown of Dallas. Mr. Bartholomew’s investigative work has been more in the tradition of a self-taught Sherlock Holmes than a professional Inspector Lestrade.

His research of the JFK assassination includes his discovery of a 1959 Rambler station wagon possibly used in the conspiracy; a study co-authored with Walter G. Graf involving a rifle clip that contaminates the ballistic evidence; a chronological reconstruction and placement of missing movements edited out of the Zapruder film; and in-depth interview of Erwin Schwartz, with author Noel Twyman, regarding Mr. Schwartz’s and Mr. Zapruder’s early chain of possession of Zapruder’s film; and work for author Barr McClellan resulting in Mr. Bartholomew’s monograph establishing the methods by which the FBI and the Warren Commission concealed and obfuscated latent fingerprints from the alleged sniper’s nest.

Mr. Bartholomew’s research has been presented at scholarly conferences and published in books and journals on the JFK assassination. In two decades, his findings have had no serious, negative criticism in a field rife with such.