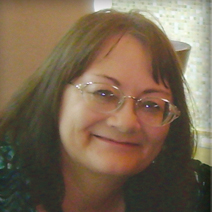 Judyth Vary Baker is an artist, writer, poet and futurist with degrees in Medical/Cultural Anthropology, Communications, English and Linguistics. She is the author of Me & Lee: How I came to know, love and lose Lee Harvey Oswald, an underground best seller. Her book David Ferrie, Mafia Pilot (Trine Day, 2014) was the first definitive full-length biography of the enigmatic man called “the key to the Kennedy assassination.” Her third book, Letters to the Cyborgs (Trine Day, 2016) is a collection of science fiction short stories using both terror and humor to expose a world plagued by unethical and frightening inventions that exist today.

“Both Lee and I were fascinated by the world of science fiction,” Baker explains. “We both wanted to write science fiction.” The only such story ever written by Lee Harvey Oswald (“Her Way”) is included in Letters, as well as a section about the FBI’s investigation of Lee’s readings and writings. Judyth’s fourth book, Kennedy & Oswald: The Big Picture, co-written with Edward Schwartz, will be released late in 2016. “It’s everything you’ll ever need to know about how –and why– the Kennedy assassination and Oswald’s murder is the key to today’s newspaper headlines,” Judyth says.

Judyth invented a modified method to obtain magnesium from seawater when 16, induced lung cancer in germ-free mice in only seven days when 17  (— a feat that had not been accomplished, at the time, in the nation’s top laboratories) and created a cancer-detection blood test in college when 18. After nearly two years of specialized training, Judyth, promised early entry into Tulane Medical School after a summer internship in New Orleans with the renowned Dr. Mary Sherman, found herself in a project to kill Fidel Castro with lung cancer involving a persons such as Lee Harvey Oswald and “Dr.” David Ferrie.

Judyth, who had an affair with Oswald, is determined to clear his name. She founded the JFK Assassination Conference, now in its fourth year. In 2016, the second annual Oswald Conference will be held in New Orleans, assisted by Judyth’s “politically incorrect annual birthday parties in Lee’s honor” there.  She also sponsors the JFK Memorial Ceremony at the Grassy Knoll on Nov. 22. To be part of these efforts or to donate (it’s all non-profit) contact “Judyth Baker” on Facebook, or contact Trine Day Publishers or http://www.judythbaker.blogspot.com.