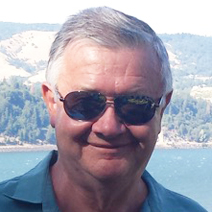 After years of researching Johnson and the JFK assassination, Phillip F. Nelson conclusively showed that LBJ had an active role in JFK’s assassination. His best-selling books LBJ: The Mastermind of the JFK Assassination and LBJ: from “Mastermind” to Colossus describe the darkly obsessive mind of one of America’s most ambitious and calculating politicians. A quote from page 77 of LBJ Mastermind will give you a glimpse of what Nelson knows: “There were extended relationships between many men at the lower levels of the hierarchy headed by Lyndon Johnson, the ultimate dispenser of political influence, and his closest associate, Bobby Baker. The next level in the “triangle of influence” connected Baker, Clint Murchison, and James Hoffa directly to Carlos Marcello, the Mafia chieftain of New Orleans, as well as his longtime lobbyist Irving Davidson.”

Phillip, who spoke to our conference in 2014, has acquired more information since then that we are anxious to hear. He worked in the property-casualty insurance industry and as an independent business owner until he retired at the age of fifty-eight and began his extensive research into the unsolved murder of our thirty-fifth president.