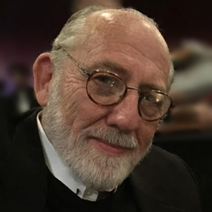 Gordon Ferrie was attached to JFK and Eisenhower’s U.S. Secret Service Protective Details from the time JFK took office until June 0f 1962 and for the last year of the Eisenhower Presidency. From September 1962 until September of 1963 Gordon served in Marine Corps Intelligence focusing primarily on Cuba. Gordon also served as a weapons instructor at the Naval Academy at Annapolis in summer 1962; he is a National Match Shooter and Marine Corps Sniper.

In later years, Gordon had some social contact with Jackie, JFK Jr. and Ted Kennedy through their mutual love of horses (Gordon had a 20 year relationship with the USET in open jumping and combined driving; selected as the Head Referee for the World Pairs Driving Competition in 1963 accompanying Prince Philip for three days) and occasionally hunted with Jackie and JFK Junior while a member of a New Jersey Hunt Club.

A close friend of Barr McClellan, who worked for LBJ’s Law Firm under Ed Clark says Gordon tells us that “due to security I could not previously go into detail about the time spent in Presidential Protection, but throughout the following 54 years I’ve had fairly continuous contact in regard to National Security events, with the intelligence community (foreign and domestic) and the ‘Military Industrial Complex’.”

His new book to be released (working title ‘EVIL’) describes the complete story of the coup d’ ‘etat including timing, participants, motives and structure. Led by LBJ, it identifies the roles the CIA, FBI, Mafia, Military Intelligence and wealthy persons played in the conspiracy. Key to this was the relationship Gordon had with a participant, Eliot Janeway, political advisor to LBJ, and the confession elicited shortly before his death. Other sources include CIA contract officers, Richard Helms, Director of the CIA, and Secret Service Officers.

PRESENTATION: The JFK Coup within the Shadow Government Framework
Mr. Ferrie will present a large amount of new evidence and revitalization of very significant evidence previously given but not pursued.