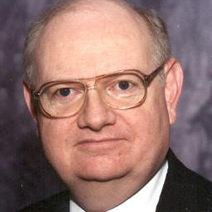 Steve Osborn began his research of the assassination of President Kennedy in 1980. His main focus has been on the paramilitary methods used in the assassination. Steve has found that most researchers seem to be satisfied with a limited knowledge of those methods, stopping at tactics such as removing JFK’s personal protection and inserting him into a triangulation of gunshots. In reality, Steve believes there were many more paramilitary methods used to accomplish the operation and continue the cover-up. Steve will focus on more of those methods during his presentation.

Steve has been involved in wireless communications since age 14 when he received his first Amateur Radio license and went to work in his father’s television store. Steve’s background in communications became a great resource in his research. He discovered the presence of an Army Unit from Fort Hood, in Dealey Plaza that fateful day, by speaking with one of its operatives. With extensive equipment at the Unit’s disposal, they successfully video-taped the assassination, from three or more positions, only to have the equipment seized by the FBI within 15 minutes of cessation of filming. Steve delivered testimony on this information to the Assassination Records Review Board in their Dallas public hearing in 1994. A perusal of recently available documents suggests the Board regarded the entire matter as too bizarre to investigate further. Steve will reveal evidences of the availability of such technologies to accomplish such a feat, their reasons for being present in Dealey Plaza, photographic evidence of their presence, and where those captured films could be located today.

Although Steve is reserved in his research, his list of interviewees include such persons as: US Army Major General Edwin A. Walker (ret.); author and professor Philip H. Melanson; the “Umbrella Man” Louie Steven Witt; Dealey Plaza tramp John Forrester Gedney and associates; Jerry Ray, brother of James Earl Ray; Colonel L. Fletcher Prouty (USAF ret.); Gary Mack at KXAS-TV video archives (when he was still on the conspiracy side of the public inquiry); Nigel Turner, British producer; and several American Intelligence Community operatives (all retired).

Steve continues to work in the communications industry. He is a technical System Manager for a wireless common carrier in the state of Indiana. He has written several articles heavily influenced by his JFK research, available at opednews.com/SteveOsborn.