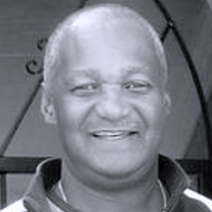 Hubert Clark was a member of the Honor Guard that took President Kennedy’s body from Air Force 1 to Bethesda Naval Hospital for the autopsy. Clark, along with other members requested from all branches of service by first lady, Jacqueline Kennedy, would then carry the body of the late President back to the White House for the final time at 4:30 am on November 23, 1963.

Clark and the Honor Guard would then carry JFK’s casket to lie in state in the U.S. State Capitol, the service at St. Matthews Cathedral and on to Arlington National Cemetery for his burial on November 25, 1963.  This would be the last funeral at Arlington that Clark would participate in.

Clark after his military service career was over was an investigator for the United Nations, a New York City detective for 22 years and retired to Georgia in 2008.

In 2016, Hugh wrote his first book, Betrayal—A Member of the Kennedy Honor Guard Speaks. This book details the events of November 22-25, 1963.